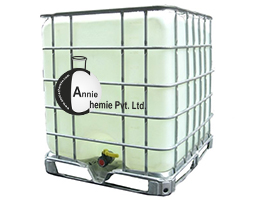 Two mechanisms are responsible for the swelling and migration of clays, surface hydration and osmotic swelling.

Hence the objective is to keep a sufficiently high ion concentration in the fluid to prevent swelling.

Clay Stabilizers work on the principle of Cation Ion Exchange, similar to water softeners resins. Water softeners can be regenerated using Salt, KCl, and many other cations. Similarly, Clay’s can be stabilized using a variety of cations.

Using sacks of KCl is a difficult approach, especially with the increased fluid volumes used in fracturing. Handling, mixing and disposal costs related to sacks of KCl are prohibitive. Herein, we will discuss a few potential Clay Stabilizers, compare their performance and economics.

Several options are available as KCl replacements or Clay Stabilizers:

© 2018 Industrio.
made with by themexriver